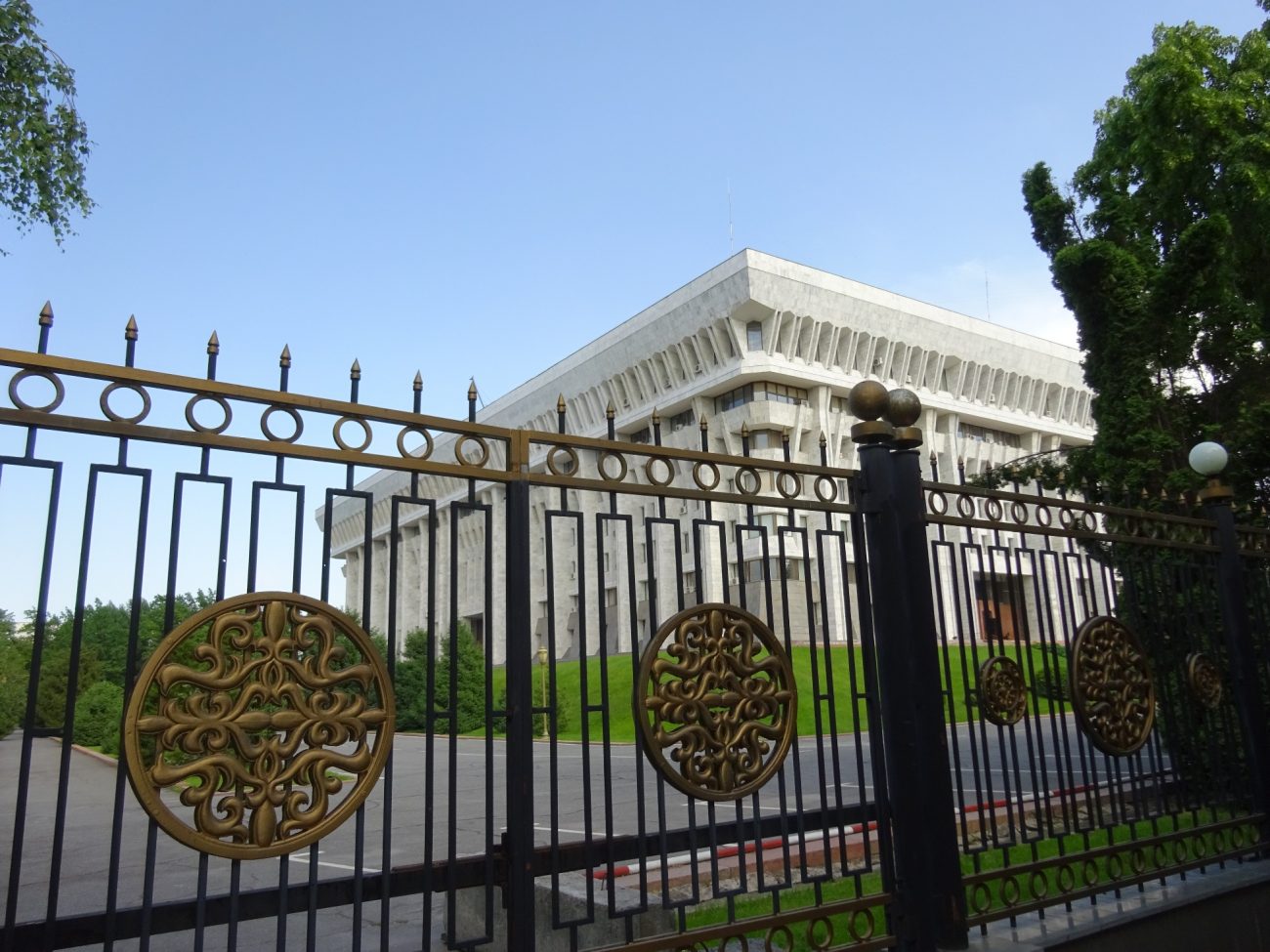 Kyrgyzstan is holding a snap presidential election on 10 January. Candidates include well-known politicians, businessmen and even a self-proclaimed god. The country will also be voting on a constitutional reform the same day.

This article was originally published on Novastan’s German website.

There are 18 people running for president in Kyrgyzstan’s snap presidential election on 10 January, the Electoral Commission announced on 12 December: 17 men and one woman.

At the end of November, there were still 47 candidates. Some withdrew but others failed to submit the documents proving their eligibility. According to the country’s electoral law, candidates for the presidency must prove their knowledge of Kyrgyz, raise one million som (approximately £8,750) and gather at least 30,000 signatures.

President Sooronbay Jeenbekov resigned on 15 October following a controversial parliamentary election and resulting political crisis. The results of the election were annulled, and a new vote scheduled for 20 December, though the outgoing parliament later postponed it to spring 2021.

At the beginning of December, the Constitutional Chamber of the Supreme Court declared this amendment to the electoral law legal, despite the doubts expressed by numerous lawyers and by the Venice Commission, a European body advising states on issues of constitutional law.

Instead of a new parliamentary election, there will be a referendum in which voters will be asked to choose between a parliamentary and a presidential system of government. This vote will take place on the same day as the presidential election, 10 January. However, as the online media Kloop reports, the law approving the referendum was passed through a series of violations of parliamentary rules and existing legislation.

The new head of state will therefore have a lot to do:  in addition to the renewed parliamentary election, Kyrgyzstan can expect a constitutional amendment, on top of the socio-economic crisis exacerbated by the coronavirus pandemic.

The front-runner and his competition

According to observers, the clear favourite is Sadyr Japarov. This would be the culmination of his meteoric political rise from prison to the leadership of the executive branch. He was one of the last to submit his candidacy on the cut-off date, having previously resigned the offices of interim prime minister and interim president.

In addition to having the support of a significant part of the population, this right-wing populist politician can count on Internet troll factories, as well as on what is by far the largest campaign budget with almost 50 million som (approximately £438,000) as of the 18th December.

He also seems able to mobilise administrative resources – a term widely used to describe the use of public resources for an individual’s own interests. For example, the Electoral Commission pointed out that during one of Japarov’s speeches, supposedly neutral security officers were photographed wearing his campaign’s colours.

The Electoral Commission refused the objection by several opposing candidates that Japarov’s running in the election was unconstitutional. According to the constitution, the interim president cannot run in a snap presidential election.

Should Japarov stay in the race and win the election, he would campaign for a new constitution that would significantly expand the powers of the president. A draft of the constitution is already in circulation.

Japarov’s main political opponent is Adakhan Madumarov, the leader of the Bütün Kyrgyzstan (United Kyrgyzstan) party, who had already participated in the 2011 and 2017 presidential elections. As the lawyer and former presidential candidate Taalatbek Masadykov explained to Deutsche Welle, Madumarov is also very popular. Had the results of last year’s parliamentary election been upheld, Bütün Kyrgyzstan would have entered parliament as the fourth party with over seven percent of the vote. With its nationalistic positions, it is targeting the same core electorate as Japarov.

Long-time MP Kanatbek Isayev is also a veteran of Kyrgyz party politics. In the October election, he headed the list of the Kyrgyzstan party, which received almost nine percent of the vote. After the election was cancelled, Isayev was for a time the chairman of the Kyrgyz parliament. His resignation paved the way for Japarov’s interim presidency. At a press conference on 19 November, however, he spoke out against the constitutional change: “We have already seen a presidential system of government. Twice – in 2005 and 2010 – this system led to tragic events,” he said, as quoted by Kloop.

On 24 November, seven other candidates spoke out against illegal acts by Sadyr Japarov in a press conference. Three of them are still in the running.

Foremost is the former constitutional judge Klara Sooronkulova. She filed the complaints against the delay of the parliamentary election and against Sadyr Japarov’s candidacy. As interim president, Sadyr Japarov was able to “travel to all regions and use his position to benefit his election campaign”, she declared in November. “The fairness and honesty of the election is under question.”

Sooronkulova is also the party leader of the young liberal opposition party Reforma, which obtained approximately 1.7 percent of the vote in October and is committed to a renewal of the political class.

Kanybek Imanaliev, a long-time politician and outgoing member of parliament, was on the list of the Mekenim Kyrgyzstan party in October. In the run-up to the election, he spoke out against the planned constitutional reform several times and declared at a media forum in November that journalism is “the only legitimate power” in Kyrgyzstan.

At the press conference in November, he said Kyrgyzstan would become “a second Afghanistan” should Japarov win the election, and that the country would have “the most uneducated ruler in its history“.

Ravshan Jeenbekov described his political position in a video interview: “I have always fought for democracy, human rights and freedom … Overall, I see myself as a democrat, not just a liberal democrat.”

Two former members of the security services are also running for the presidency election. Kursan Asanov had had a career in the police for about 20 years when he became deputy interior minister in 2011.

In August 2019, he was dismissed for alleged misconduct during Atambayev’s arrest: he had contacted Atambayev directly to persuade him to surrender. During the unrest in early October, he briefly occupied the post of interior minister and was arrested on 9 October after clashes in Bishkek. According to Kloop, he was initially forbidden from leaving Bishkek, a restriction lifted on 16 December so that he could campaign.

The former coordinator of the Soros Foundation Kyrgzystan (1995-2000) Abdil Segizbaev has built his political career at the side of ex-President Atambayev. He started as an assistant and consultant before joining the GKNB, the national intelligence agency. He was head of the GKNB in 2015-2018.

On 15 December, he started his election campaign at the Ata-Beyit memorial near Bishkek, which is dedicated not only to the victims of the Red Terror but also to those of the 2010 revolution. “Our fellow citizens who became the victims of these people are buried here. I will never betray the memory of our heroes,” he said in a speech. As the press agency Akipress noted, this was an allusion to an alleged connection between Japarov and the regime of Kurmanbek Bakiyev, overthrown in 2010.

Ulukbek Kochkorov was minister of labour and social development between October 2018 and October 2020. He claims that he learnt of his resignation from the Internet. “This is not a tragedy. I am more concerned about the current situation in Kyrgyzstan. The political and economic situation, the standard of living of the population; unfortunately, everything is in danger, we are in a crisis,” he responded in a video message. Kochkorov is the party leader of Jangy Door (New Age), but in October he stood for the “presidential party” Birimdik.

There are figures from the business world among the candidates. Some also have experience in the public service. For example, the former deputy economy minister (2016-2019) Eldar Abakirov, who ran for the Ata-Meken party in the last parliamentary election. Over the past decade, Abakirov has co-founded business projects in various industries such as textiles and fast food.

Another example is Jengishbek Bayguttiev. He was minister for economic regulation for six months between 2009 and 2010, after being a long-time advisor to the finance minister and from 2006 to 2009 advisor to President Bakiyev. Today he owns three pawn shops and other companies in consulting, finance and education.

The up till now rather discreet Aymen Kassenov has had a successful career in the oil business, in particular with the Russian corporation Gazprom, where he worked as country director for Kazakhstan in 2007-2015. Between 2016 and 2019, he was a board member of the Russian-Kyrgyz Development Fund, a fund created when Kyrgyzstan joined the Eurasian Economic Union.

Babyrjan Tolbayev began his career in international organisations in the 1990s before moving into the private sector. Today he is mostly known for funding MolBulak, a microcredit firm popular with migrant workers in Russia.

The owner and director of the building company KG-Group, Imanidin Tashov, said at a press conference on 24 November that he could pay off the national debt to China within three years and put Kyrgyzstan back on its feet after 30 years of suffering. The electoral commission interpreted this as a premature election campaign and fined him.

Hard to be a god

Arstanbek Abdyldayev (or Arstan Alai) is known to many in Kyrgyzstan for his bizarre statements, especially his assertion that “there will be no winter” at a press conference in 2011. At the end of 2019, he declared himself a god, and in March 2020 announced he had sent the coronavirus to Earth. He owns several companies in trade and finance and is running for president for the third time.

The journalist and businessman Arstanbek Myktybek is mainly active in the religious sphere. He has been a lecturer in theology at Arabaev University in Bishkek since 2011 and head of the Center for the Development of the Halal Industry since 2012. His YouTube channel, which he launched in 2012, is also primarily dedicated to religious topics.

Rashid Tagayev, 62, is the oldest of the candidates. Between 1985 and 2005 he worked in the police force before moving into parliament for five years. Most recently, he was head of the Gazprom Kyrgyzstan branch in Osh between 2016 and 2020.

At the other end of the age spectrum is Baktybek Kalmamatov, the youngest presidential candidate at 36. He was a member of parliament for the Ata-Meken party between 2010 and 2015, after coordinating the party’s activities in the Osh region, in the south of the country. 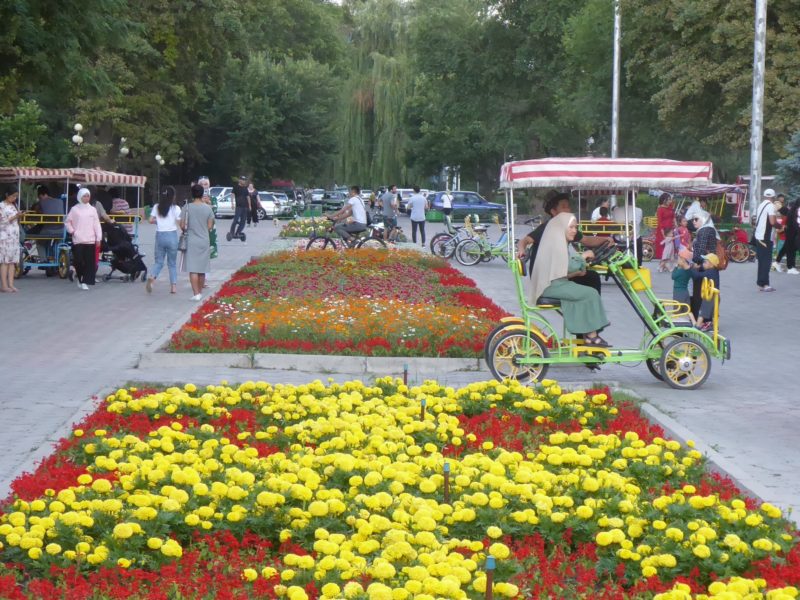 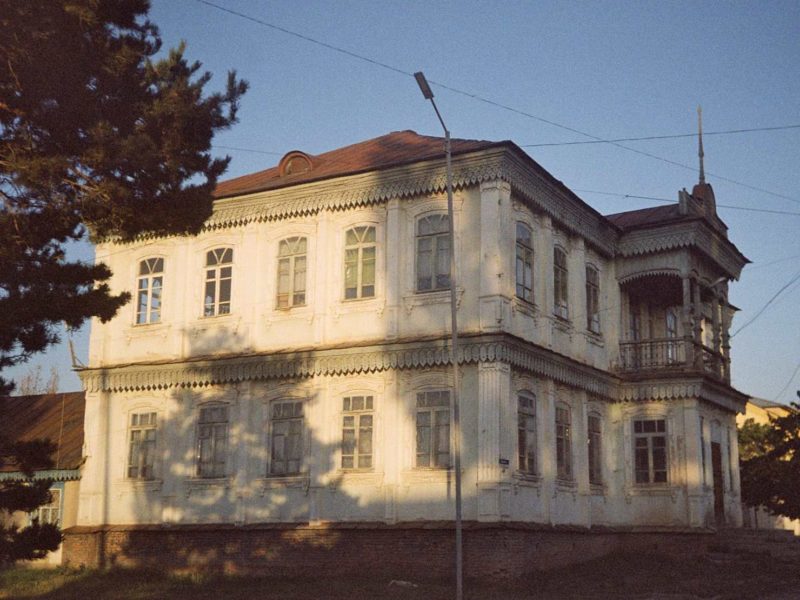 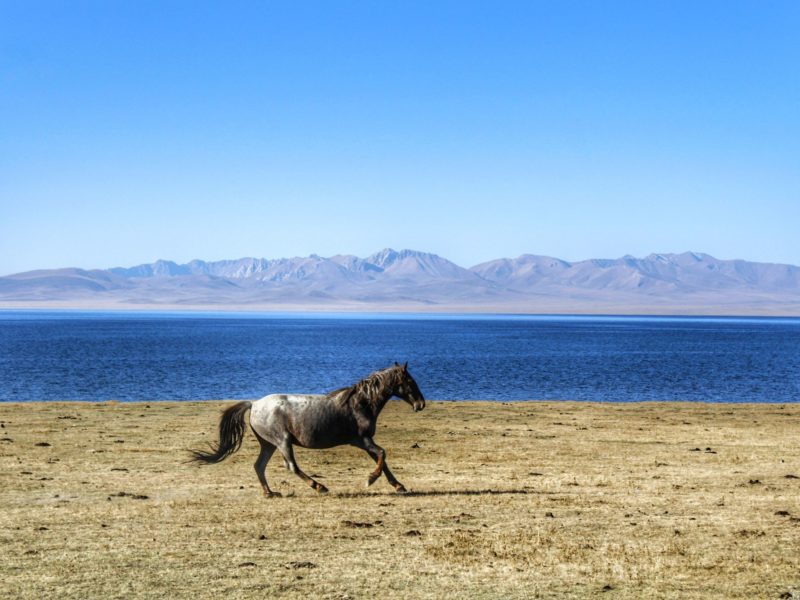 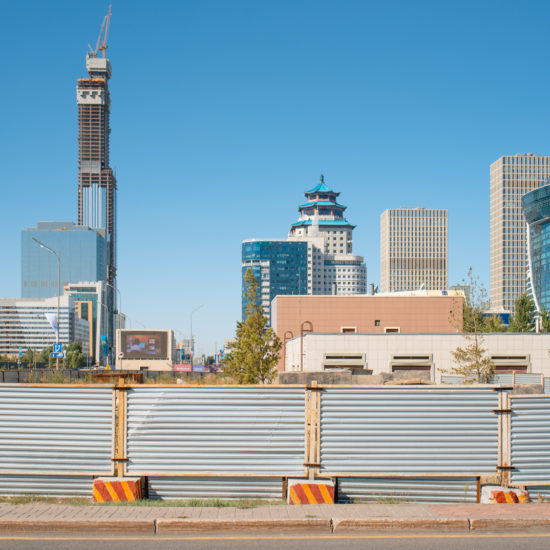