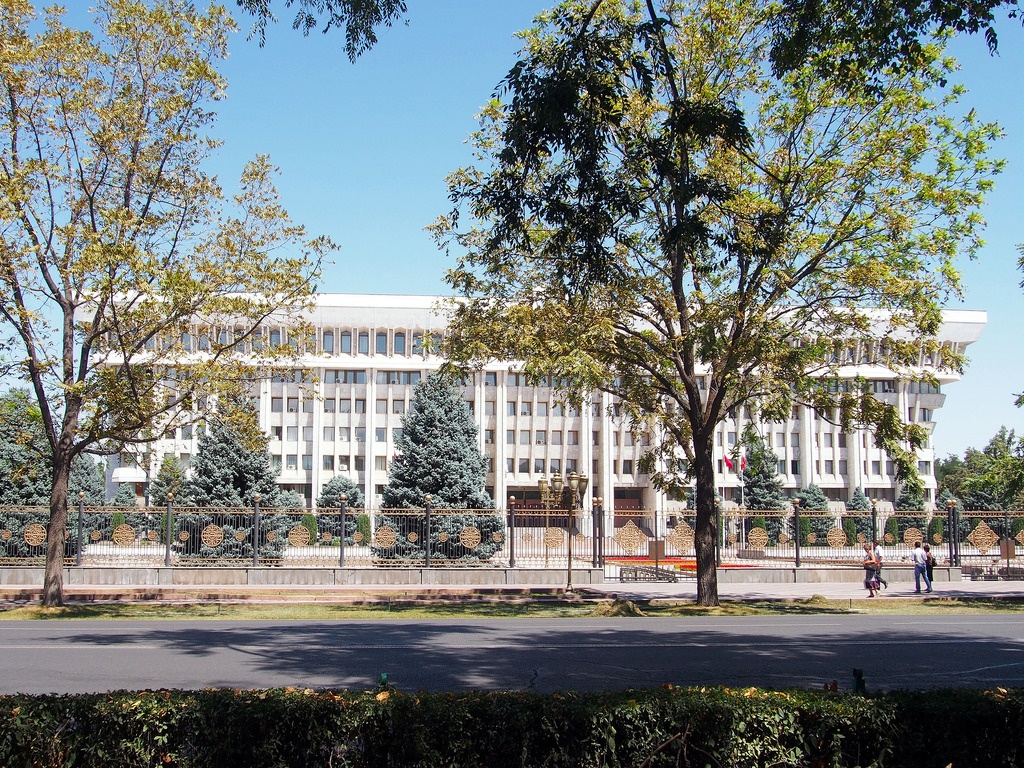 A new parliament was elected in Kyrgyzstan on 4 October. Almost all election winners are parties loyal to the government. As of the following day, several parties do not recognize the results, and thousands protest against fraudulent elections.

“The Kazakh are probably once more shocked looking at Kyrgyz Twitter,” writes political commentator Azim Azimov on the microblogging service. He is alluding to how openly citizens in Kyrgyzstan express their political opinions compared to their northern neighbours. In fact, on the day after the parliamentary elections in Kyrgyzstan, anger and sadness reign in the local segment of social media, where the majority of users are critical of the government.

From the perspective of the opposition, the situation has materialized as was feared. According to the preliminary election results, the Birimdik party emerged as the winner with just under 25 % of the vote. Birimdik is considered the successor to the fragmented governing party SDPK.

Shortly behind them comes the party Mekenim Kyrgyzstan (“My Homeland Kyrgyzstan”), which is usually associated with the former customs officer Rayimbek Matraimov. According to international journalistic research, Rayimbek Matraimov’s involvement in smuggling and corruption networks makes him one of the most influential people in the country.

Kyrgyzstan and Bütün Kyrgyzstan (“United Kyrgyzstan”) also make it into parliament, respectively with just under 9% and a solid 7%. The Kyrgyzstan party is thus the only party from the previous legislative period to make it back into parliament. It is usually associated with the large business holding company Ayu and is considered loyal to the government.

After several attempts, the Bütün Kyrgyzstan party made it into parliament for the first time, identifying itself as an opposition party in the run-up to the elections.

To enter parliament, parties must obtain at least 7% of the vote and 0.7% in each of Kyrgyzstan’s seven regions.

As the Kyrgyz online media Kloop.kg reports, Birimdik, Mekenim Kyrgyzstan and Kyrgyzstan have spent more money in the election campaign than all other parties combined. Bütün Kyrgyzstan, on the other hand, made a disproportionately large profit from relatively low investments, drawing on a well-organized voter base and led by the political veteran Adakhan Madumarov.

The remaining 12 parties failed to enter parliament because of the 7% blocking clause. It was particularly close for Mekenchil which is only 0.04% away from entering parliament. Respublika, whose presidential candidate Ömürbek Babanov had received more than 30 percent of the votes in the elections in 2017, is at just under 6%. Ata Meken (“Fatherland”), a long-standing opposition party, managed just over four percent. 1.82% of voters voted “against all”, with an average turnout of 56.2%.

This means that a slightly smaller proportion of eligible voters took part in the election than five years ago. According to Deputy Prime Minister Akram Madumarov, almost half a million citizens were unable to vote because they did not register their biometric data. Since 2015, a biometric recognition system has been used in elections in Kyrgyzstan. Moreover, because of the coronavirus pandemic, people with high temperatures were not allowed to enter polling stations until after 6 pm.

In addition to a relatively low voter turnout, this time the 7% blocking clause excludes a particularly high percentage of votes. The four elected parties together hold only just over 65 % of the vote. Five years ago the figure was just under 90%. “Those in power have created a ticking time bomb, so many votes have remained on the streets,” political activist Nursultan Akylbek commented on Twitter.

On the evening of elections, several opposition parties declared they did not recognise the results. The parties Reforma, Chong Kazat, Ordo, Yyman Nuru and Meken Yntymagy joined forces in calling for a demonstration. According to Kloop.kg, over 2000 people gathered in Ala-Too Square in the capital Bishkek on Monday afternoon. Representatives of other parties such as Respublika, Ata Meken, Bütün Kyrgyzstan and Mekenchil also joined the protest. Further demonstrations are taking place in the cities of Talas and Naryn.

“As you know, there can be no elections in Kyrgyzstan without breaking the rules. This election will probably not be an exception either”, wrote Kloop.kg at the beginning of election day. The independent media company was involved in documenting violations of the electoral law with 120 election observers. The Organization for Security and Cooperation in Europe (OSCE) was represented at the election with only a small observer mission as the 350 short-term observers originally planned could not enter the country because of the coronavirus pandemic.

While biometric voter recognition makes traditional forms of organised electoral fraud such as carousel voting and ballot stuffing much more difficult, this year numerous indications of vote buying by individual parties were observed. Outside some polling stations, for example, there were people keeping lists of voters supposed to vote for a given party. Some of these people also had face masks with certain characteristics. In other cases, voters were filmed receiving money after the vote.

Several violations of the secrecy of the ballot were observed as well: polling station staff stood too close to the ballot box or even looked over the shoulders of voters in the voting booth. In other cases, voters illegally photographed their ballot papers.

Finally, even before the election, the use of the so-called “Forma-2” form, through which voters can request to vote at a polling station other than their registered address, was criticized. According to critics, parties could use such applications to have their voters vote in other regions and thus make it through the regional blocking clause of 0.7%. Cases of collective voter transport suggest such a practice.

“Especially in the city of Osh the election was very dirty. I say it quite openly. What kind of election rigging has not been shown in social media since this morning,” even Iskender Matraimov of Mekenim Kyrgyzstan explained the evening of the election. He added that his party should have received significantly more votes. Party leader Mirlan Bakirov nevertheless accepted the results.

Nearly 100 different complaints were received by the election commission, but according to its representative Tynchtyk Shaynazarov, they have no influence on the election results. “However, as far as individual parties or individual candidates are concerned, their illegal activities may have consequences. They can also be excluded from the election,” he added.

The anger of the protesters is now directed on the one hand against the government and parties, on the other against those who sold their vote. “These elections are legitimate. Absolutely from the people. Nobody has forced a million people to accept money. This is a stupid and irresponsible behavior of adult citizens. Not Raim [Rayimbek Matraimov, editor’s note] and not Birimdik are guilty, but the citizens themselves,” declared political expert Azim Azimov on Twitter in the evening.

Other observers, however, also point out that economic conditions and political disinterest can explain the sale of votes: “I don’t know how to blame the poor old people who receive 2000 som (about 21 euros) pension. They have very little left to live, they don’t believe the authorities and sell their vote for a monthly pension,” writes Twitter user Aizada Marat, for example.

Bektur Iskender, co-founder of Kloop.kg, also identifies economic causes for the election rigging. “In fact, our main problem remains poverty. If the people in Kyrgyzstan weren’t so poor, they wouldn’t sell so many votes for so little money,” he explained on election night.

The glass of democracy half full or half empty?

“Although candidates could generally campaign freely, there were a number of concerns, including reports of candidate intimidation and disruption of campaign events,” writes the OSCE in a press statement. Thus, structural political and economic problems remain, but on the other hand, an increased focus on party programs as well as the ongoing protest movement point to a growing political awareness. In this way, a new activist party like Reforma was able to gather more than 30,000 votes in its election debut. “We have a protest electorate, it is just spread incredibly wide between numerous parties,” Bektur Iskender said.

The final election results will be announced within 20 days, once ballots have been counted manually and the complaints have been taken into account. Much may still happen between now and then, especially in the light of the protests that are beginning, sometimes with calls for new elections. Even Mekenchil could still make it to parliament as the fifth party.

If the current election result is retained, the political status quo will prevail for the time being, although a maximum of 47 members of the outgoing parliament may be given a new mandate. But it is also still open how the relationship between the four parties in parliament will develop. Birimdik and Mekenim Kyrgyzstan in particular, as two different poles of power, could ultimately find themselves in a competitive relationship. 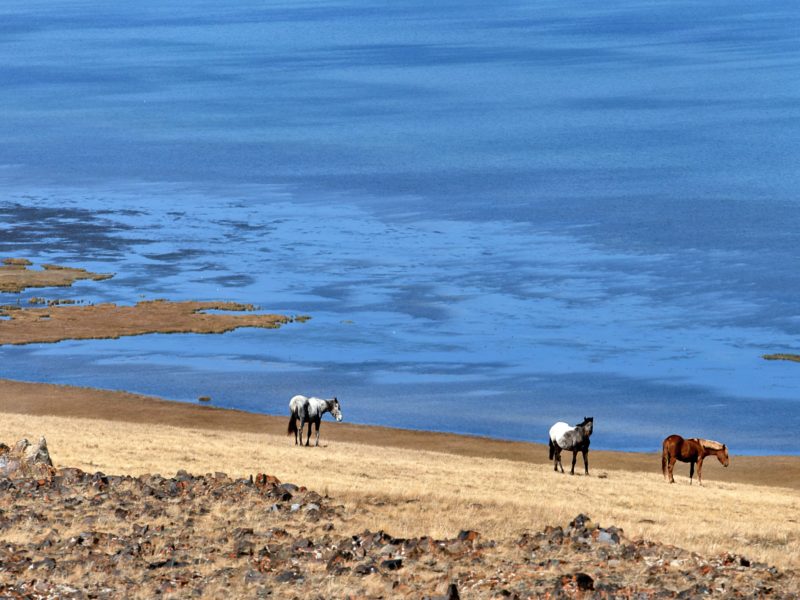 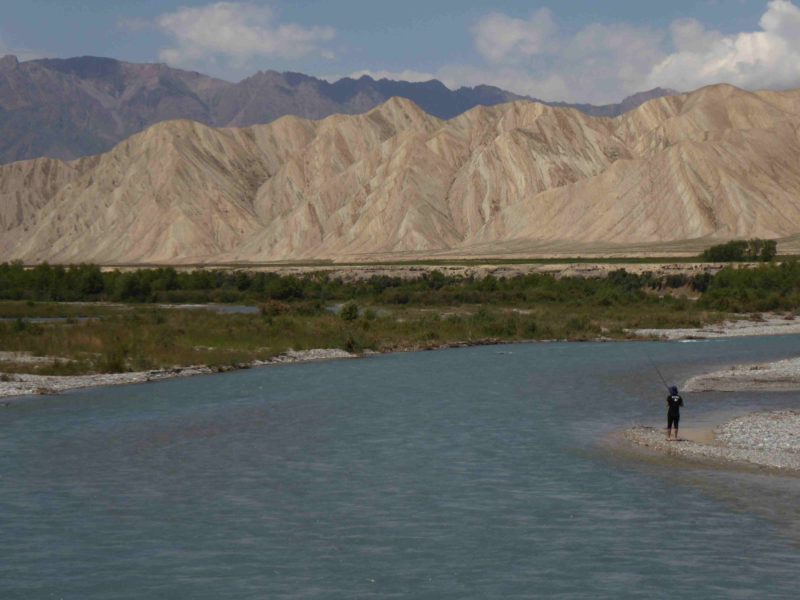 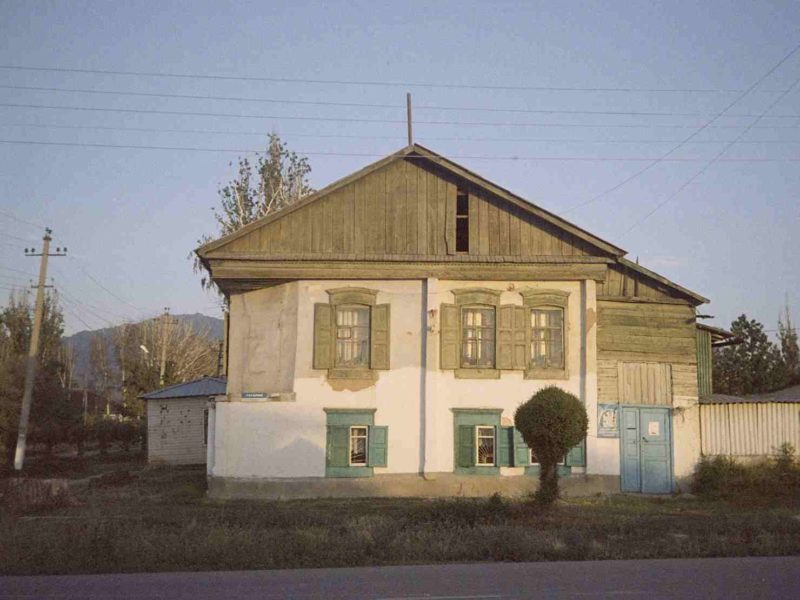 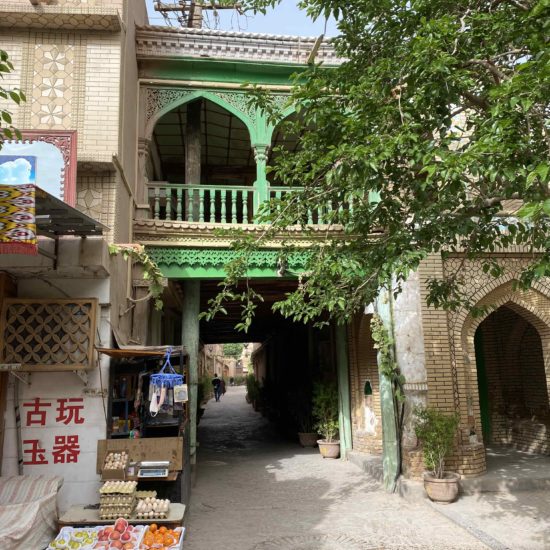