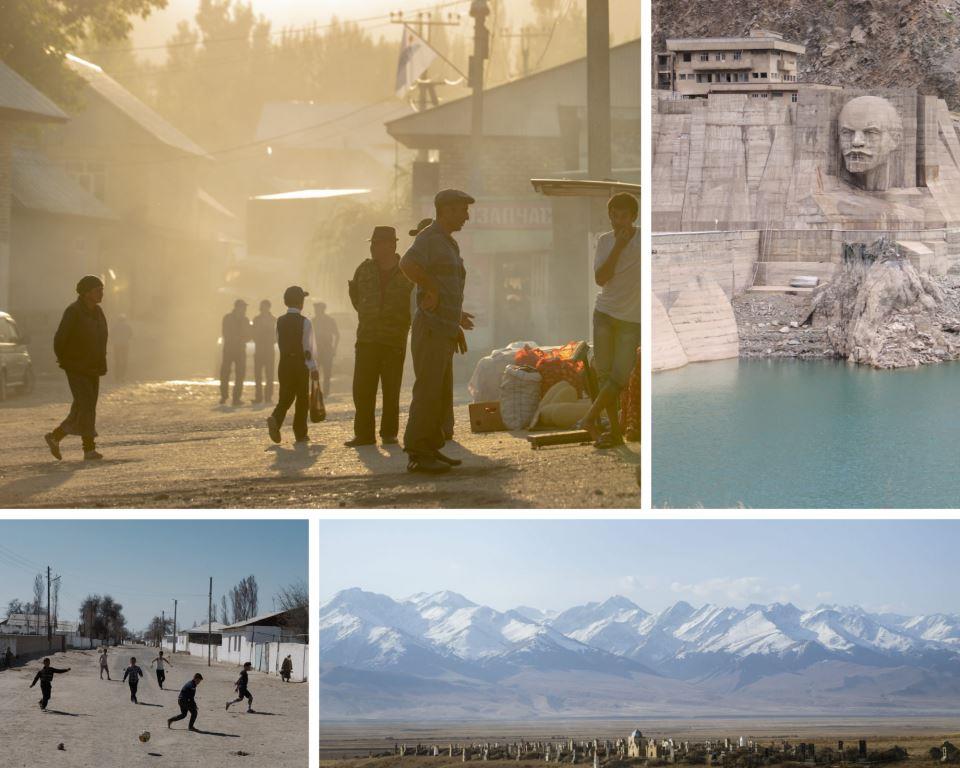 You can buy Novastan’s Pictures of the day

As of November 19 2021, Novastan is offering its readers the possibility to buy some of its Photos of the day. With this, you can support local and European photographers, as well as Novastan!

Everyday, Novastan publishes in its three languages (French, German and English) a picture representing Central Asia. Be it a landscape, people or food, it has become a central part of Novastan’s work to have Central Asia discovered by everyone.

Today, we are moving forward. You can now buy some pictures Novastan presented to you and have them printed and delivered to your home. With every purchase, you will support the photographer as well as Novastan.

For now, we are starting with 19 pictures from 15 photographers, Central Asians or Europeans. Each of them has published great photos of this beautiful region.

These pictures are listed below. If you fancy one or several of them, you will have the choice between three formats: 10x15cm (postcard), 20x30cm (medium) and 30x40cm (large). Your picture(s) will be printed in professional quality and sent out to your home. For that, we will work with a professional photo lab, based in France.

This will work if you live in Europe. If you live elsewhere in the world, please send us an email to photo[at]novastan.org and we will figure it out. 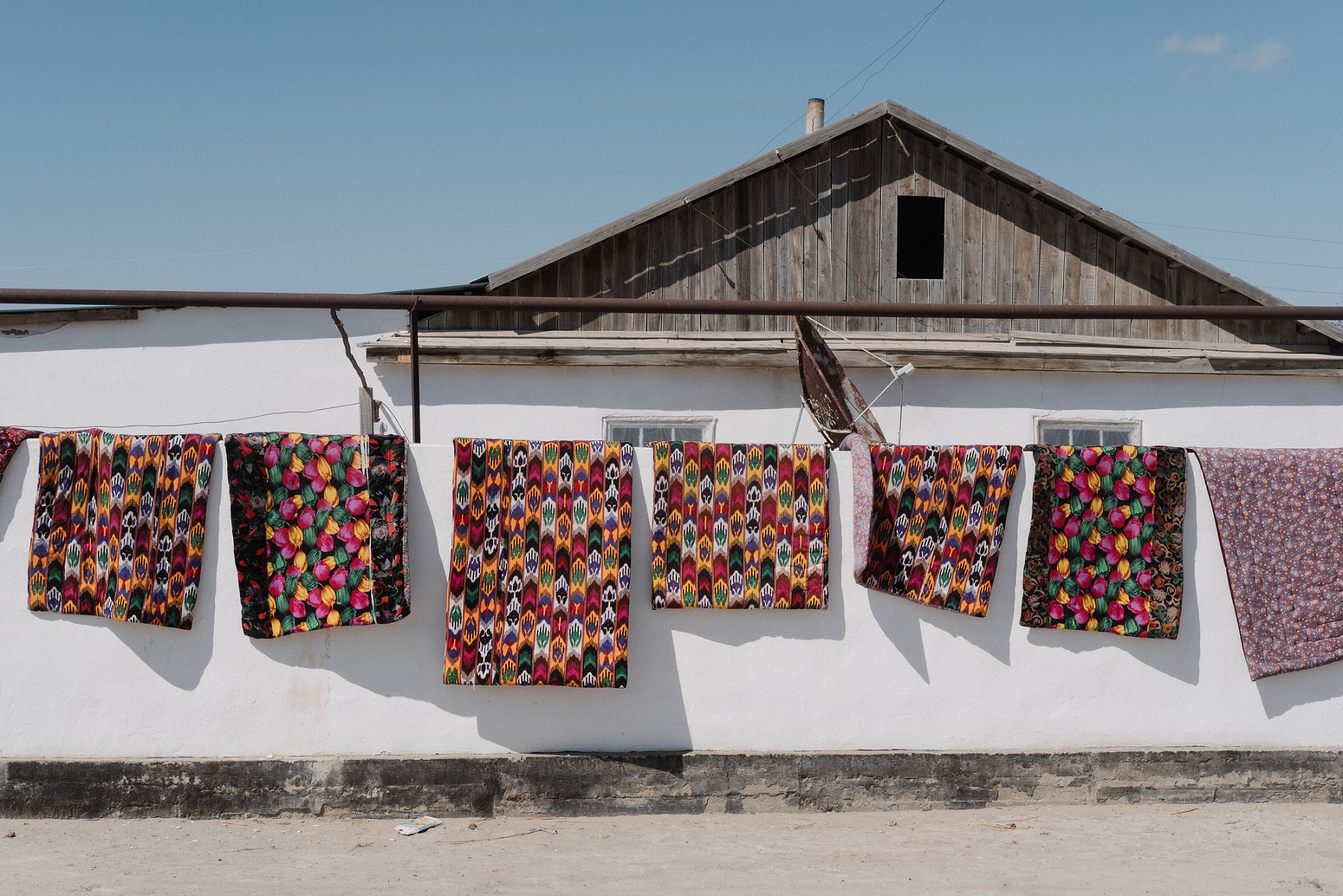 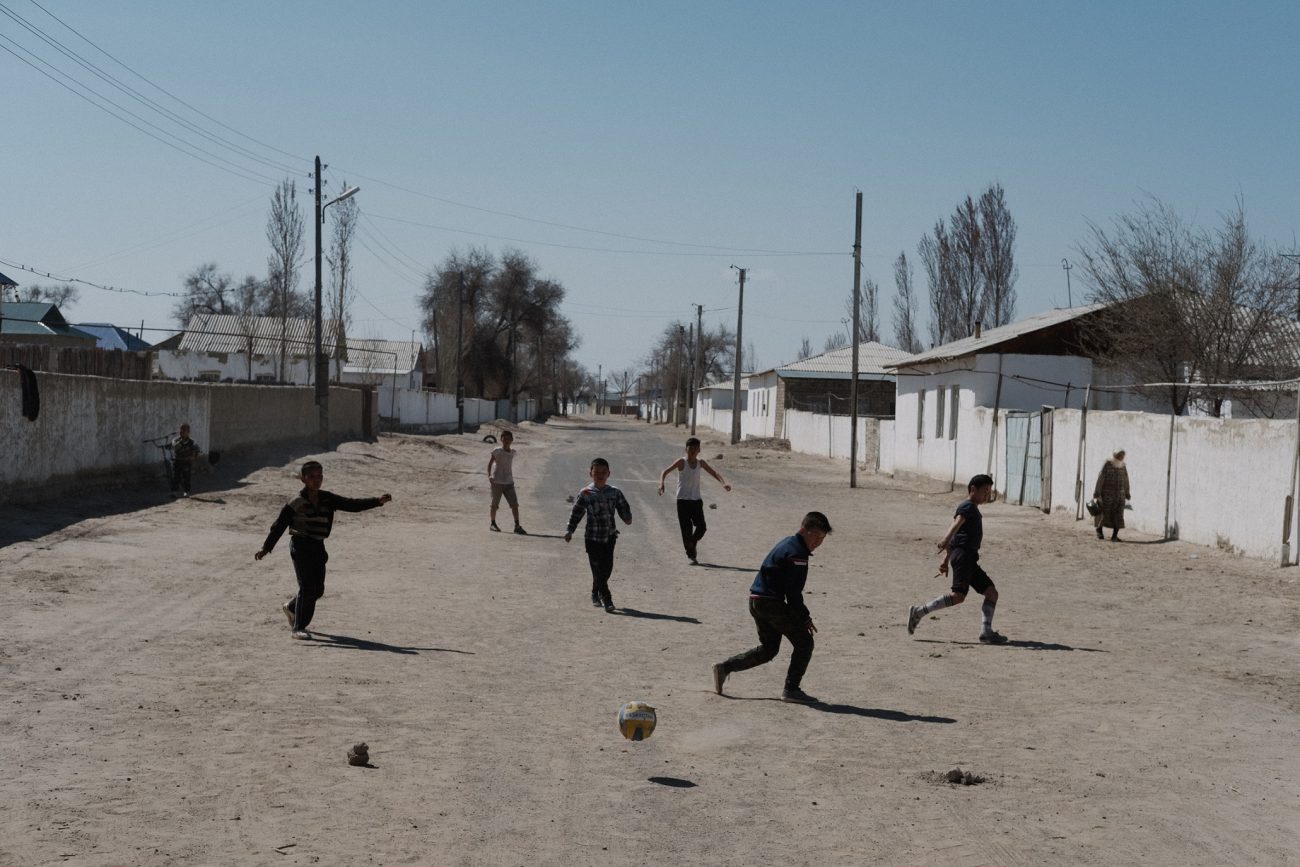 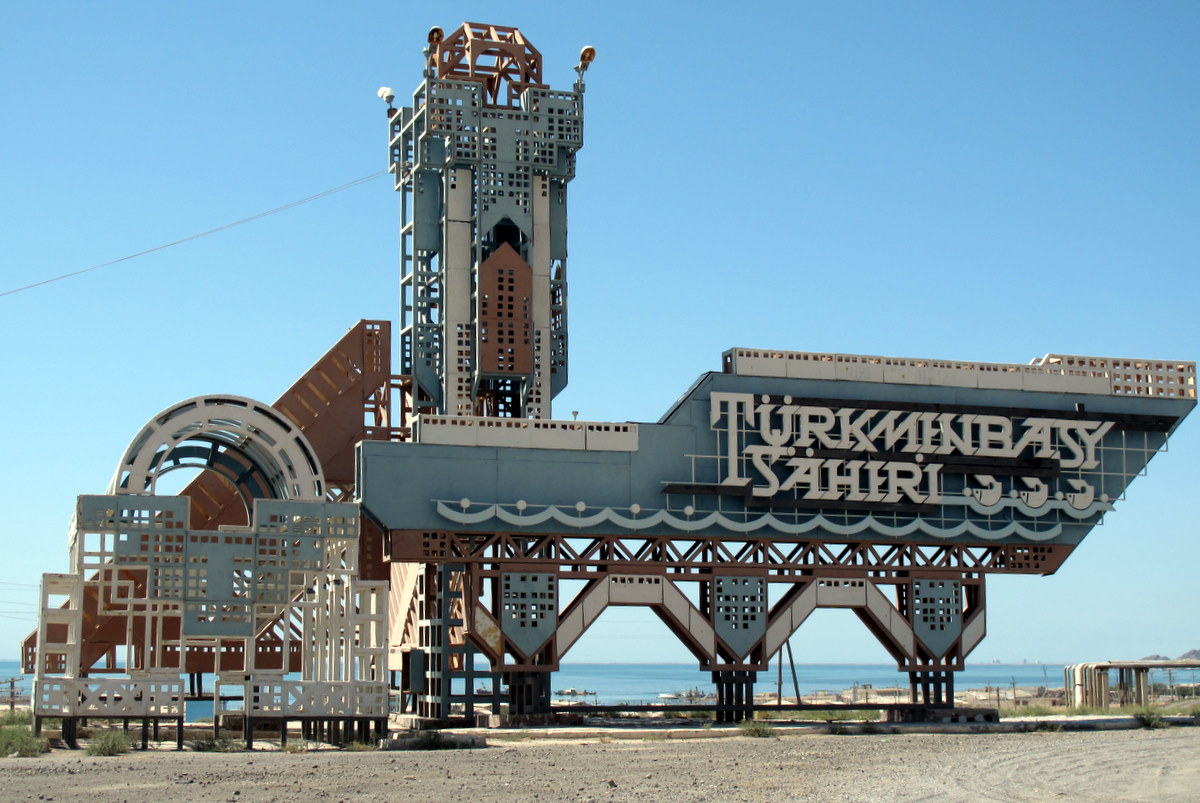 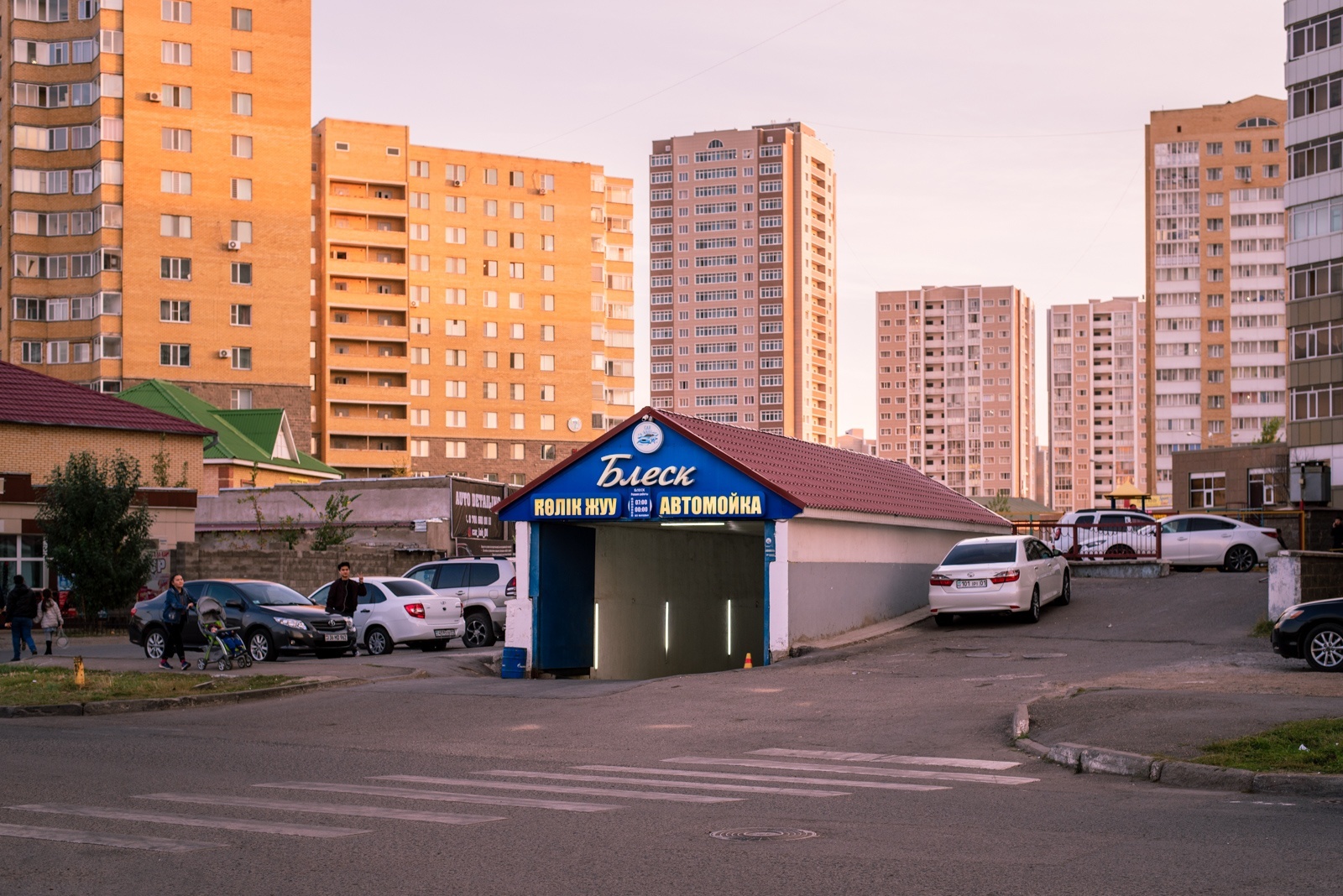 When you move away from the strange and extravagant hypercentre of Nur-Sultan, the capital of Kazakhstan, the architecture becomes particularly banal. [legend]
Antoine Béguier 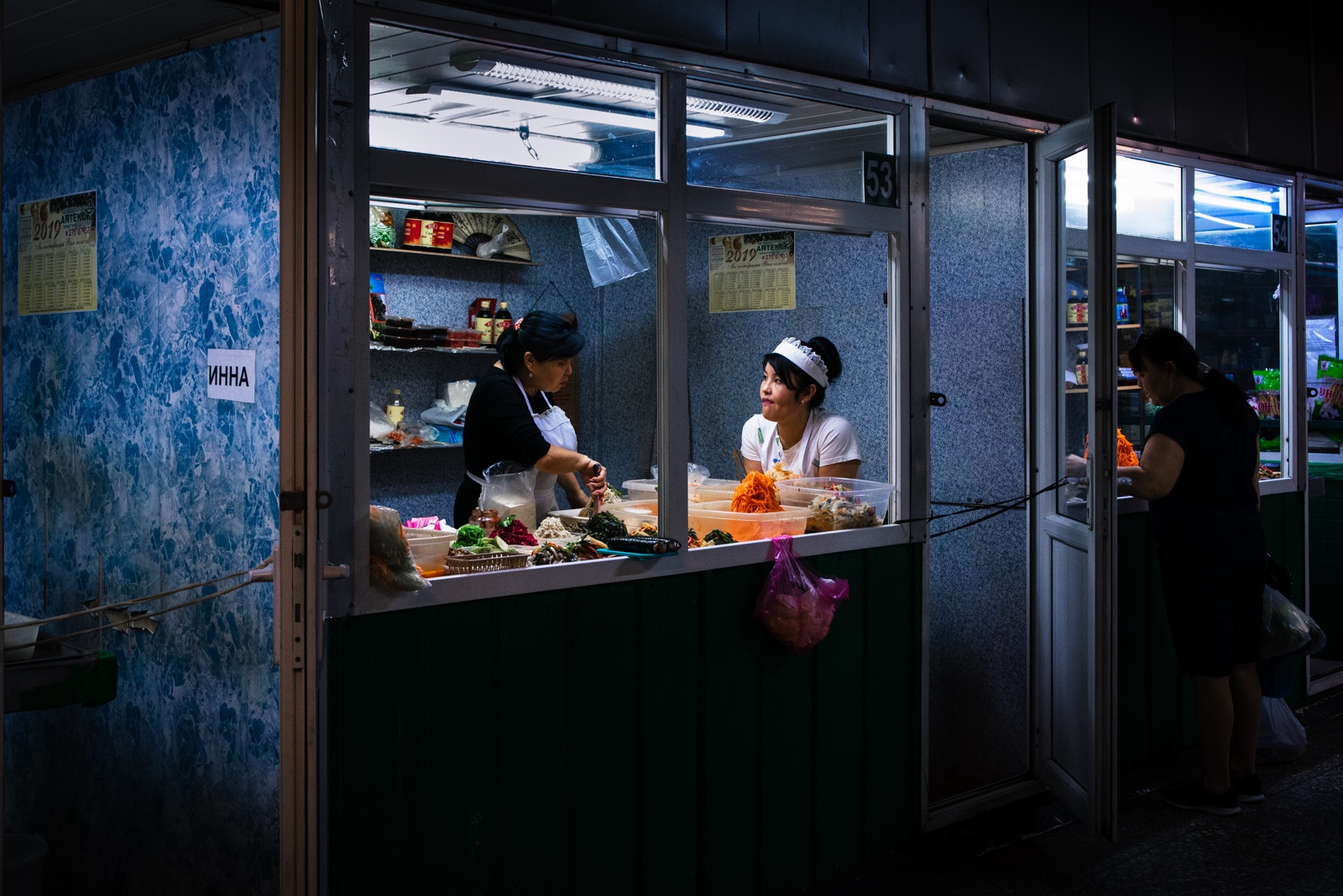 Two saleswomen from the Zeleny Bazaar take the time to discuss with two customers. As a real hypermarket, this bazaar supplies part of the city of Almaty in Kazakhstan. [legend]
Antoine Béguier 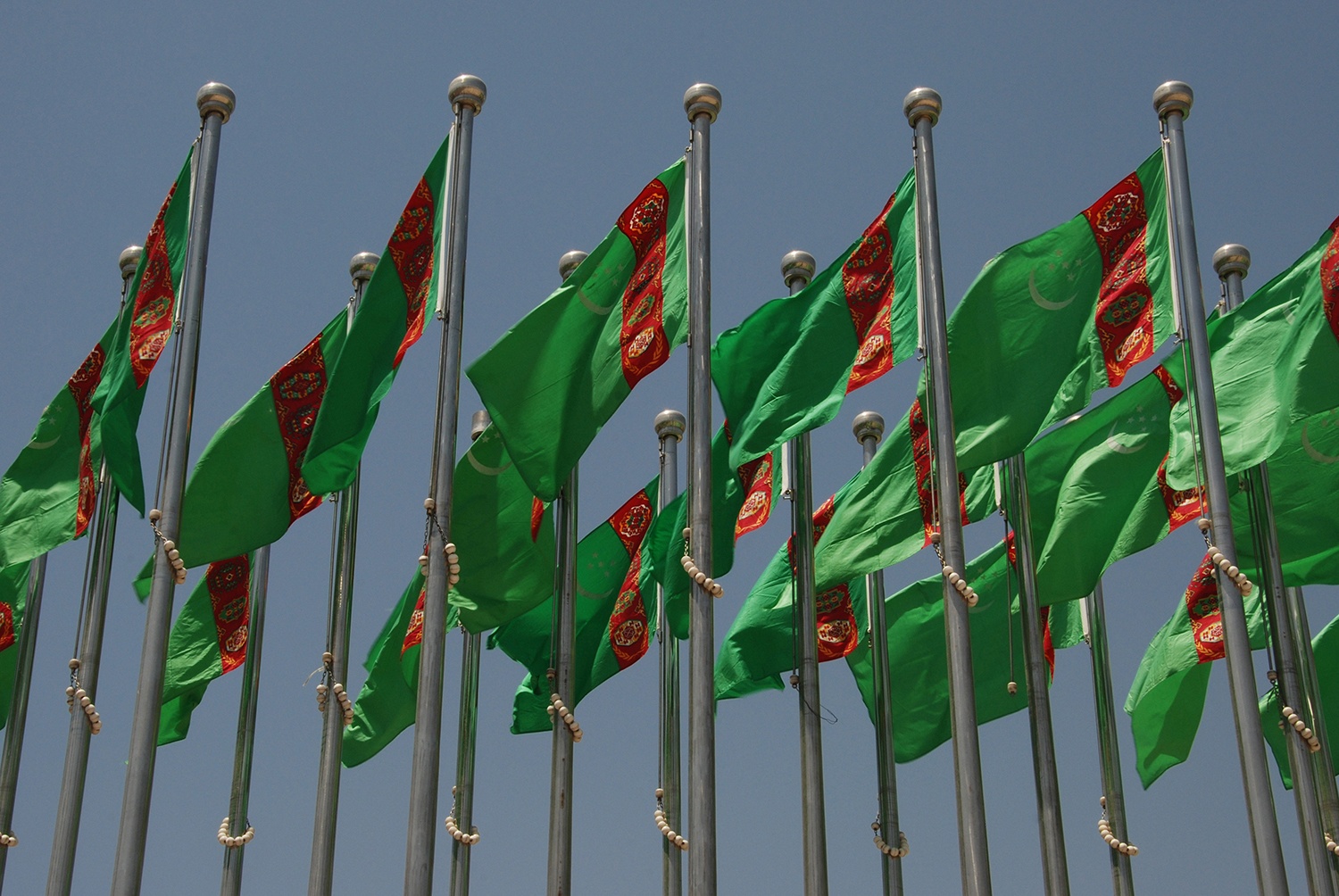 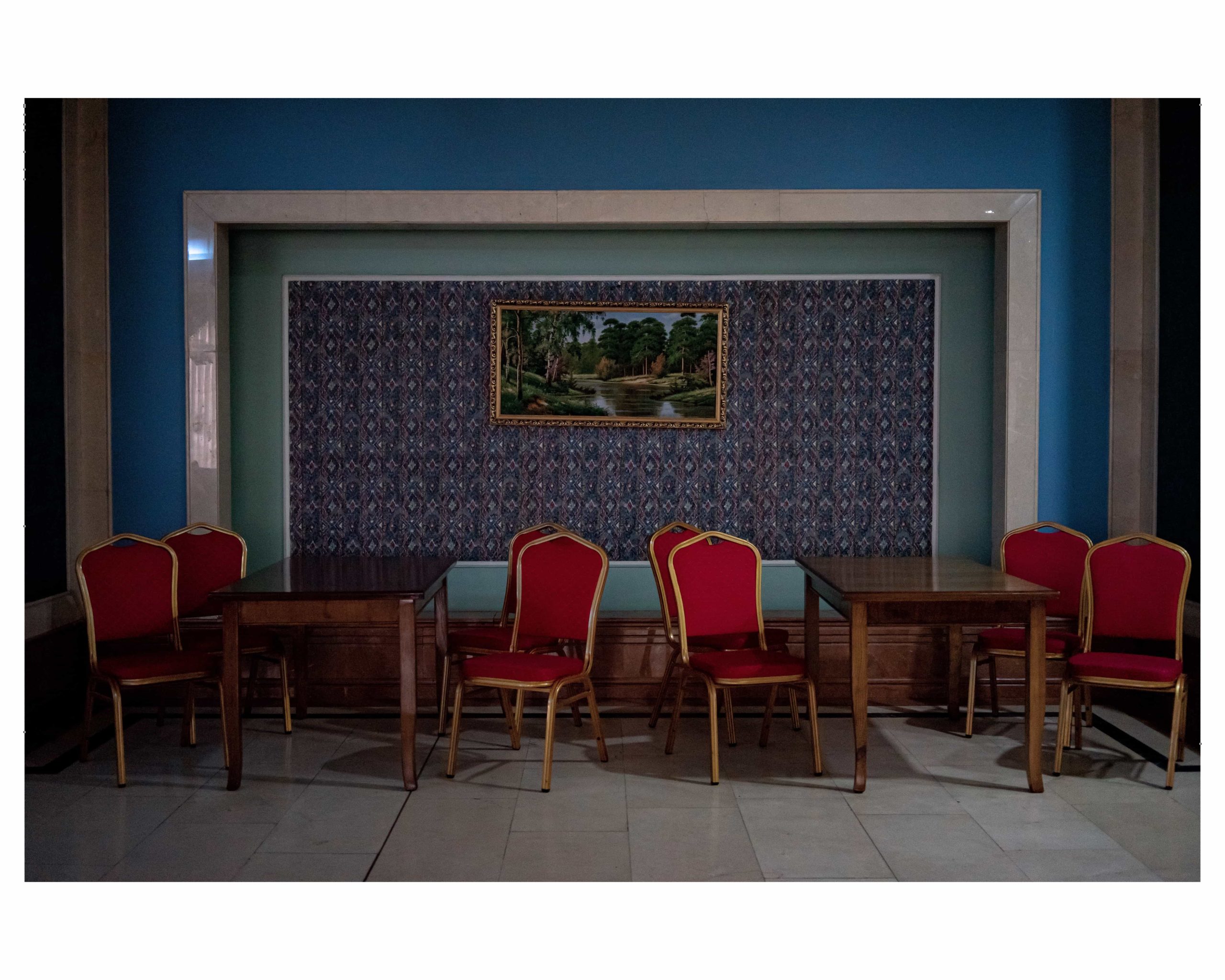 The restaurant “Vienna” inside the Hotel Uzbekistan in Tashkent. [legend]
Antonin Lechat (France) 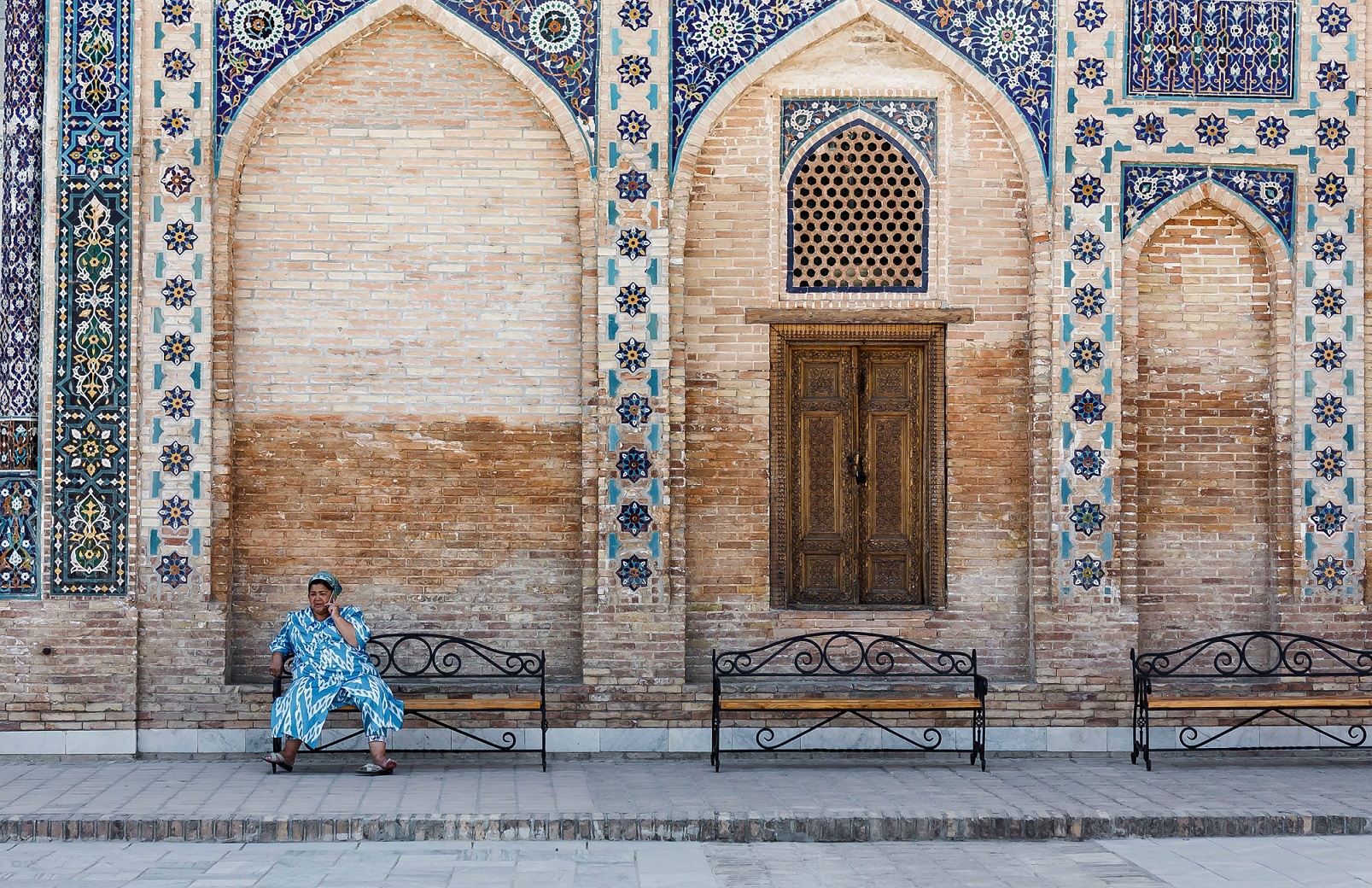 A woman sits in the courtyard of the Gur Emir mausoleum in Samarkand. [legend]
Tanya Zavkieva 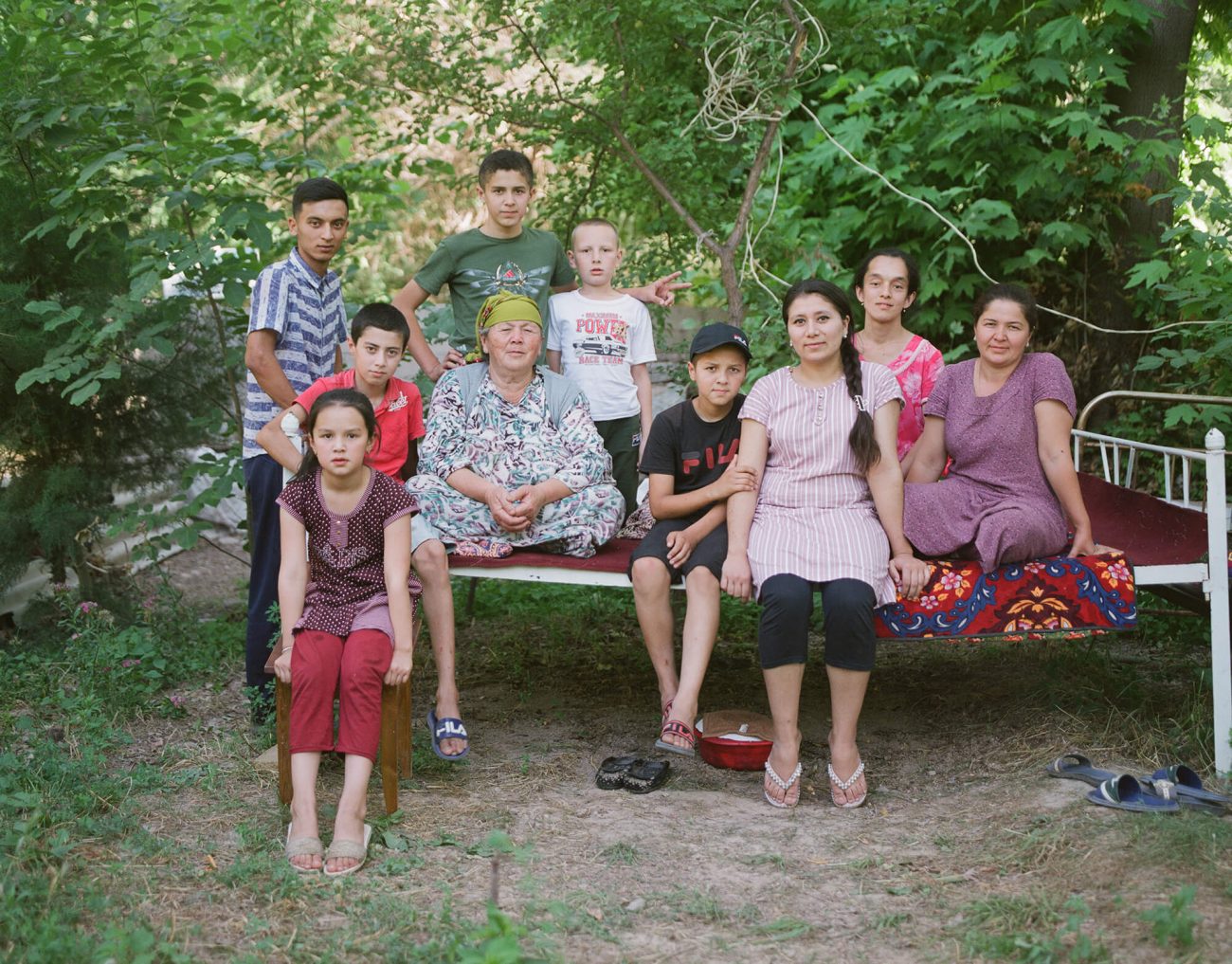 An Uzbek family poses on a tapchan. [legend]
Hassan Kurbanbaev

10- In the quiet of Kyrgyz mountains (Clara Marchaud / France) 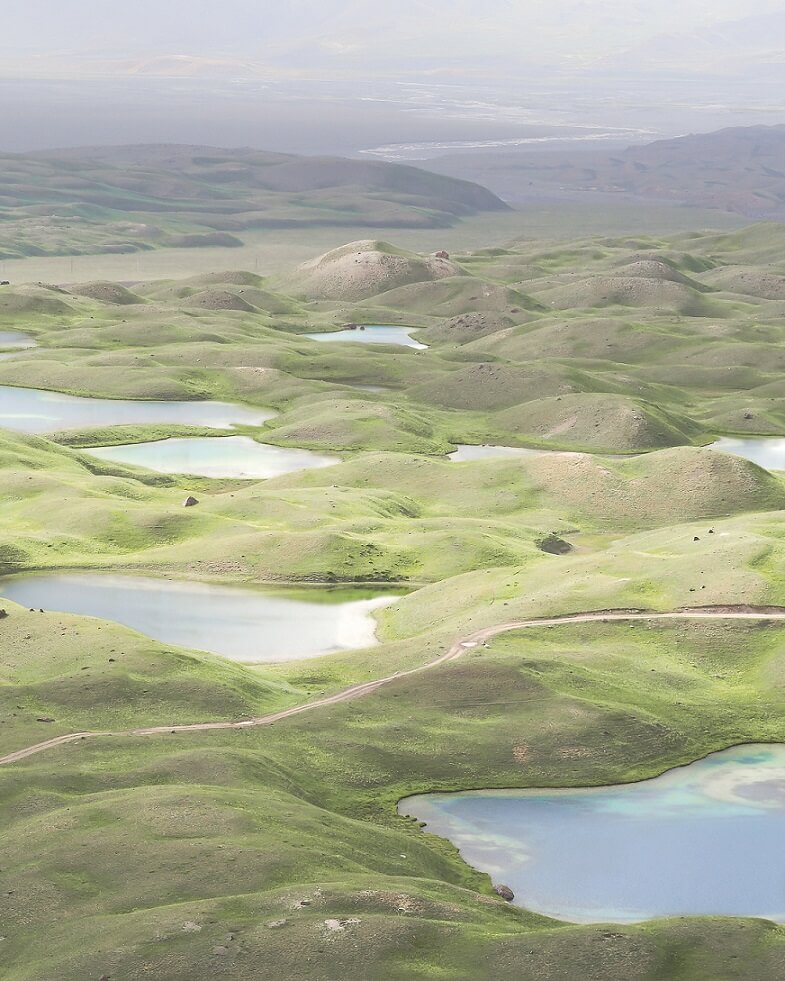 In southern Kyrgyzstan, where the Pamir mountain range begins, there is a magical landscape around the Tulpar-Kul lakes. [legend]
Josephine Kjaer The Kazakhstan Hotel in the former capital of Kazakhstan, Almaty, was built in 1978. [legend]
Raban Haaijk For more than 40 years, the founder of the Soviet Union has been overlooking the Kirov reservoir in Kyrgyzstan. [legend]
Gregoire Ader In Sarytach, in southern Kyrgyzstan near the Tajik border, a military radar that monitored China’s neighbour during the Soviet Union. [legend]
Gregoire Ader 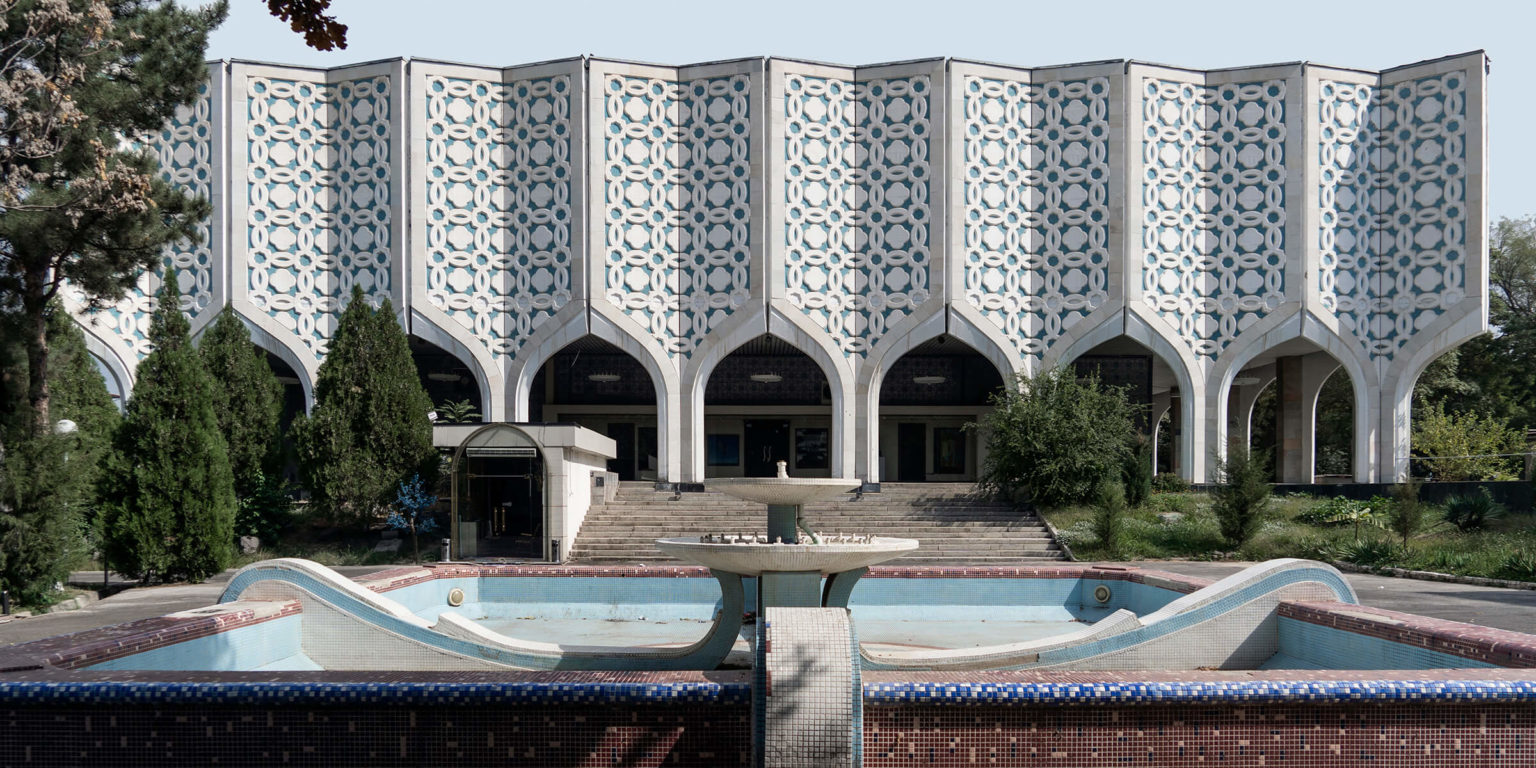 The Central Exhibition Hall of the Academy of Arts in the Uzbek capital Tashkent, opened in 1974, is one of the largest exhibition halls in Central Asia. [legend]
Viacheslav Vazyulya The “Farhod” Palace of Culture in Navoi, in southwestern Uzbekistan, was built in the early 1970s. [legend]
Viacheslav Vazyulya 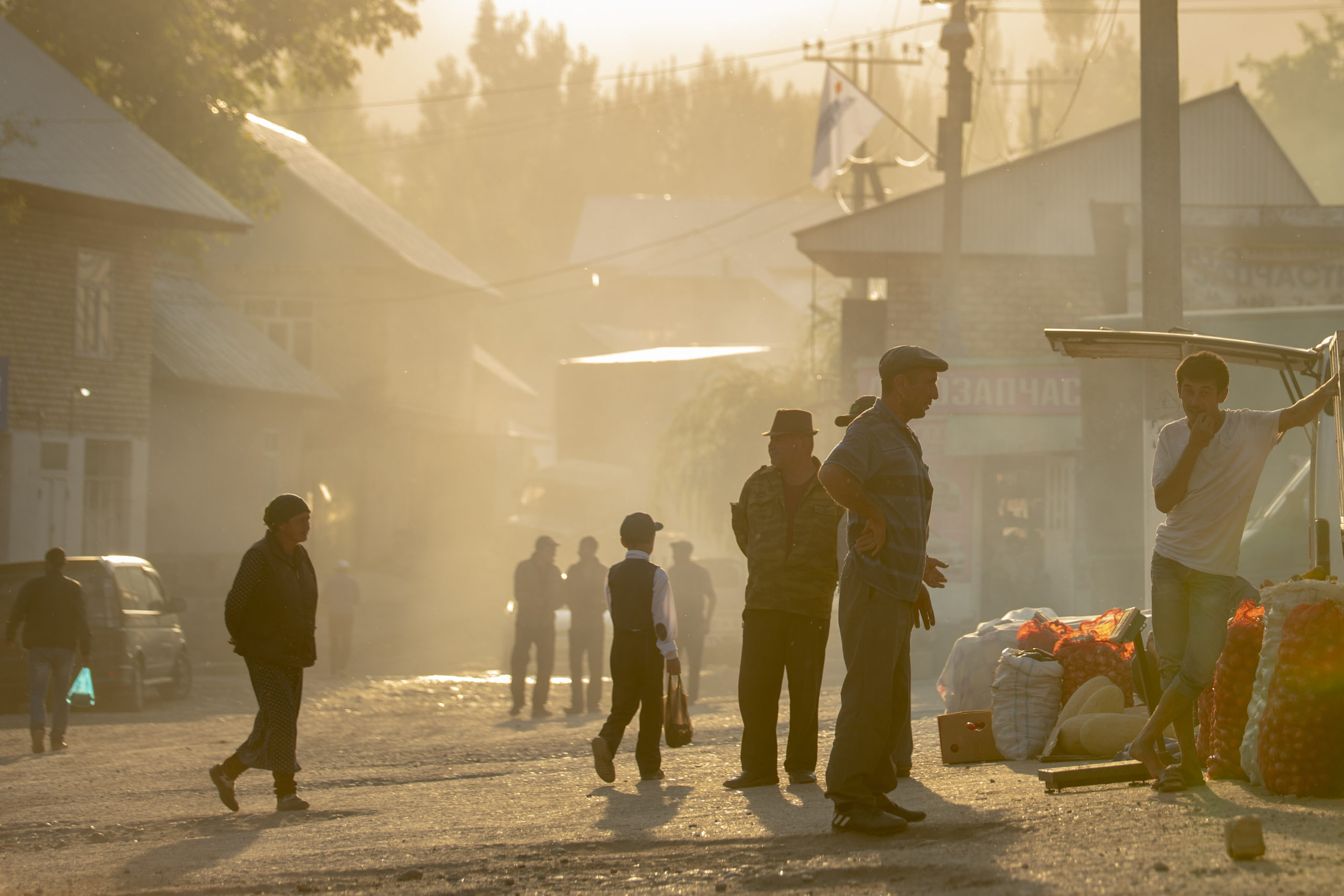 As the sun goes up, the sellers of this market do their first business in the village of Arslanbob in Kyrgyzstan. [legend]
Irina Unruh The curtain, which shields the hot sun rays, wraps the kitchen in a mystical light. [legend]
Irina Unruh

Depending on the format and where you live, the price will be different. This price includes everything (printing and transportation). They are printed with professional quality and on a satin paper Resin Coated.

In total, more than half of this price is sent back to the photographer, while the printing and sending cost represents 30 % on average. Novastan’s share is 10 % of the total price.

Fancy one picture? Copy its URL and paste it here. If you have any trouble, send us an email to photo[at]novastan.org.

Soon, if we can do it, we will open up this sale to every Novastan’s Picture of the day. Stay tuned!

Thanks for your loyalty, 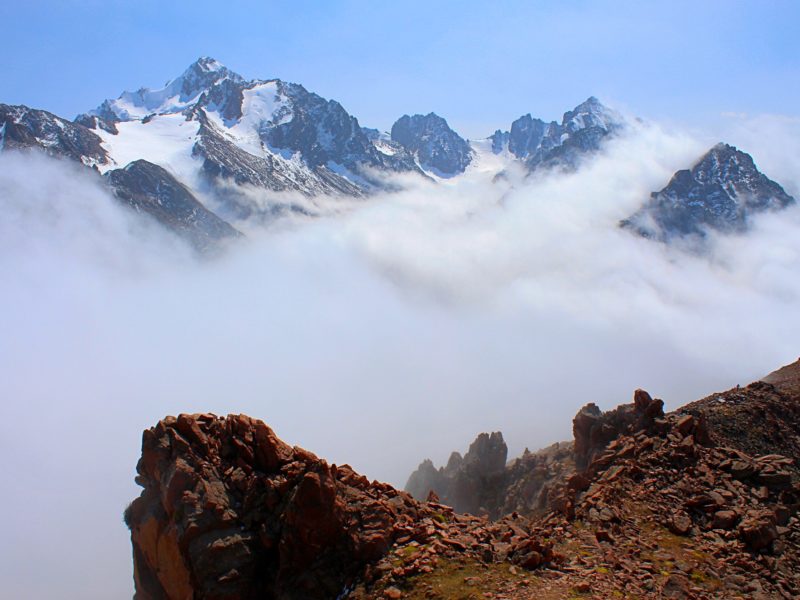