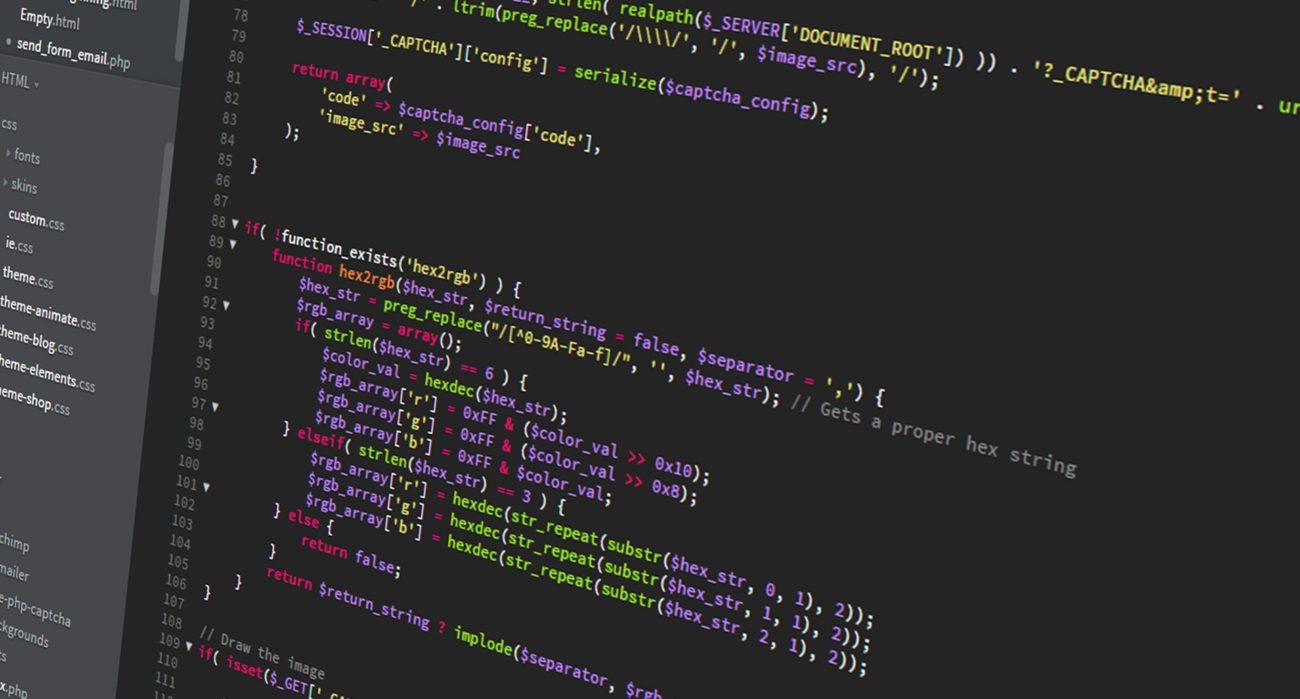 The Turkmen authorities have announced the launch of an instant messaging and email platform developed by domestic companies. These new applications will provide the Turkmen people  with alternatives to Western websites − the majority of which are blocked in Turkmenistan – but it also risks facilitating mass surveillance of internet users.

This article was first published on Novastan’s French website on 29 March 2021.

According to US media outlet Eurasianet, Tmchat is an instant messaging service for creating group chats, making video calls and sending files. It is a local equivalent to WhatsApp or Telegram. The free Android application was developed by the Turkmen telephone operator Altyn Assar.

According to Eurasianet, the second project, Sanly.tm, is a standard email service with a storage volume of 1GB. It was developed by the country’s leading internet service provider, Türkmentelekom. Local media outlet Business Turkmenistan reported that the two applications were presented to the general public in early December by Türkmenaragatnaşyk − the government agency in charge of promoting new technologies in the country − on the 25th anniversary of Turkmenistan’s permanent neutrality policy.

This launch campaign, however, does not reflect the country’s digital infrastructure. According to the NGO Freedom House, Turkmen internet remains one of the slowest and most expensive in the world. The government also employs mass surveillance on the few foreign platforms still authorized in the country. In reality, there is a paradoxical relationship between the Turkmen authorities and new technologies, which over the past few years have sparked uncertainties for the public and opportunities for the authorities.

Tmchat and Sanly.tm are not the Turkmen government’s first attempts to develop internal digital services: since 2018, Ashgabat has announced the launch of nearly ten applications, social networks and messaging services created by Turkmen companies. And for a good reason; Turkmenistan’s digitization is considered a strategic priority for its President, asserts Eurasianet. Last December, he publicly demanded that the country’s engineers master “innovative technologies” such as 5G and Big Data as quickly as possible.

After Arzuw, Yashlyk and Iminami − copies of Facebook or its Russian equivalent VKontakte − failed to gain popularity, at the end of 2018, Turkmenistan launched its first messaging company called BizBärde, and more recently a video hosting site called Belet. The official Turkmen Portal then presented this YouTube replica as a platform for online access to major local and international channels, including the BBC, CNN, Al Jazeera, as well as most Russian media. However, the cost of using this platform is 10 manats (2.3 euros) per month, a significant amount in a country where the average salary was no higher than 200 euros (170 GBP) per month in 2020.

This frantic search for alternatives is mainly due to the fact that Western and Russian platforms are all but impossible to access in Turkmenistan. The specialized site Coda Story reminds readers that the most popular social networks (Facebook, Twitter, YouTube), messaging services (Messenger, Telegram), and also IT development sites like Github are theoretically inaccessible from Turkmenistan. The government is indeed projecting its political isolationism into the digital sphere, drastically limiting access to foreign and independent sources of information, as well as access to platforms where anti-regime protests could be organized. The latest victim of this censorship is Wikipedia: according to the NGO International Partnership for Human Rights (IPHR), the online encyclopedia was blocked last March after comments criticizing the President of Turkmenistan were made by the American Embassy. These comments were published several years ago by WikiLeaks, and had been posted on Berdimuhamedow’s Wikipedia page in Russian.

This presents a contradiction that does not work in the favour of locally developed services, such as BizBärde, Belet, and soon perhaps Tmchat and Sanly.tm. The Turkmen people are increasingly wary of government-sponsored platforms, which therefore remain largely unused by the population. According to Turkmen Portal, the app’s developers have announced that they will wait until they reach 10,000 users before expanding to the iOS platform, which remains too expensive for the time being. Altyn Assar, probably aware of internet users’ hesitation, hastened to praise the security of his messaging service: in addition to the possible setting of a two-factor authentication (2FA), all the data would be stored on servers − reliable and inaccessible to third parties − in other words, to law enforcement agencies.

This public mistrust is the product of numerous surveillance scandals and arrests of opposition members, who have spoken out on platforms still accessible in Turkmenistan. Eurasianet recalls that the government tightly controls the online activity of journalists, bloggers, students and key activists within its territory. Several opposition members, once exiled in Russia, have reportedly returned to Turkmenistan with the help of Russian domestic intelligence, as reported by independent Turkmen news outlet Chronicles of Turkmenistan.

The population has long relied on VPNs to access foreign resources and partially hide their identity when using the internet, but soon after the establishment of a new government cybersecurity service in September 2019, these applications started to be targeted by authorities, reports the NGO IPHR. The only messaging service still tolerated in the country is IMO, a subsidiary of the Chinese company Joyy.

Read more on Novastan: Turkmenistan: according to the authorities, there are no restrictions on the use of the Internet

Today, the Turkmen government controls the digital sector, which relies on offensive technologies acquired from foreign companies. The Canadian Citizen Lab and the Organized Crime and Corruption Reporting Project (OCCRP) have revealed that the Ministry of Communications and the Turkmenistan Secret Police (MNB) are using malware sold by European companies, including FinFisher, sold by the German-British company Gamma Group for wiretapping, de-anonymization and remote control of computers. According to the American media outlet Radio Free Europe, the Turkmen government has more recently held talks with the German company Rohde & Schwartz about the acquisition of technologies that would allow certain sites to be blocked or make eavesdropping possible.

2020 and the global pandemic have only accentuated this struggle for internet control. Radio Free Europe states that VPN users are being targeted and more online resources have been blocked, while Ashgabat continued to proclaim that no cases of Covid-19 have been identified in the country.

Is digital technology serving the diversification of the Turkmen economy?

The “made in Turkmenistan” stamp used in the branding of these applications is another step towards full control of the digital space by the regime of Gourbanguly Berdimuhamedow. By eliminating Western, Russian or Chinese platforms and then replacing them with national services, Ashgabat consolidates its ability to block content that it deems unfavourable, track down opponents under their true identity and spread official discourse without obstacles. In short, it is a shift from offensive and costly methods to techniques that are certainly “softer” , but cruelly more effective as Turkmen internet users sign up to online platforms for “free” .

Defining Tmchat and Sanly.tm as just a way for the ruling party to gain social control would risk masking the government’s second ambition in the field. In a period of economic crisis worsened by the Covid-19 pandemic, Turkmenistan is banking on the creation of a digital industry capable of attracting foreign investors who look to outsource in low-cost labour markets, following Belarus’ example. Ashgabat hopes that this policy of “digital development of the economy” will eventually make it possible to generate a new source of foreign income, in particular by boosting its tourism sector and increasing hotel bookings, bus services, and other forms of transportation, says Chronicle of Turkmenistan.

However, the government is still struggling to create the right conditions for this political project to grow. The country undoubtedly lacks qualified specialists in programming, system and network administration, and even cybersecurity. Blocking resources that are useful to computer science students − in particular Github and other digital libraries − considerably reduces the likelihood of progress in the field. It is also difficult to go abroad to study, and the few people who decide to return to Turkmenistan, cannot have their degrees recognized as equivalent.

Little hope remains that Turkmenistan will become the new El Dorado for digital companies in the near future. Despite a general drop in internet prices, announced on February 8 by Business Turkmenistan, a fixed and unlimited connection at Türkmentelekom still amounts to 170 manats, around 40 euros, a month. This sum does not guarantee speed: according to Speedtest‘s measurements, the country ranks 175 (out of 175) for the speed of fixed internet lines, with only 2.77 megabits per second (Mbit/s) in download going down in February 2021, compared to 53 Mbit/s in Kazakhstan and 82 Mbit/s in Russia. 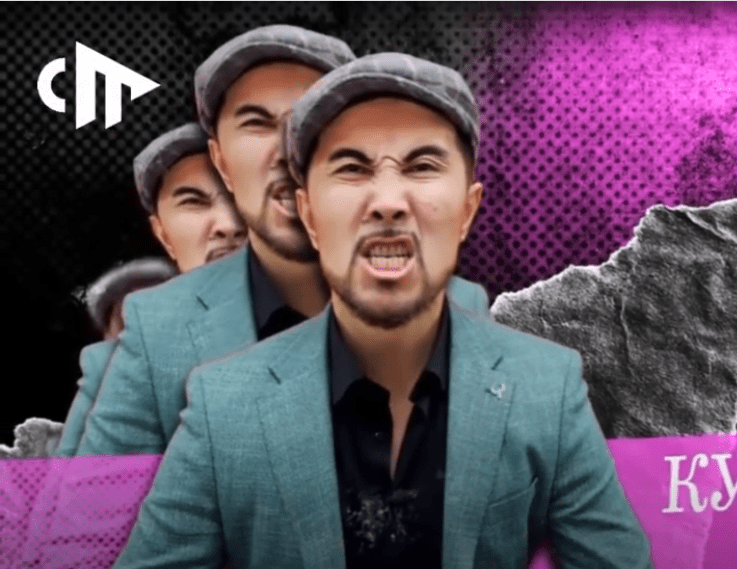 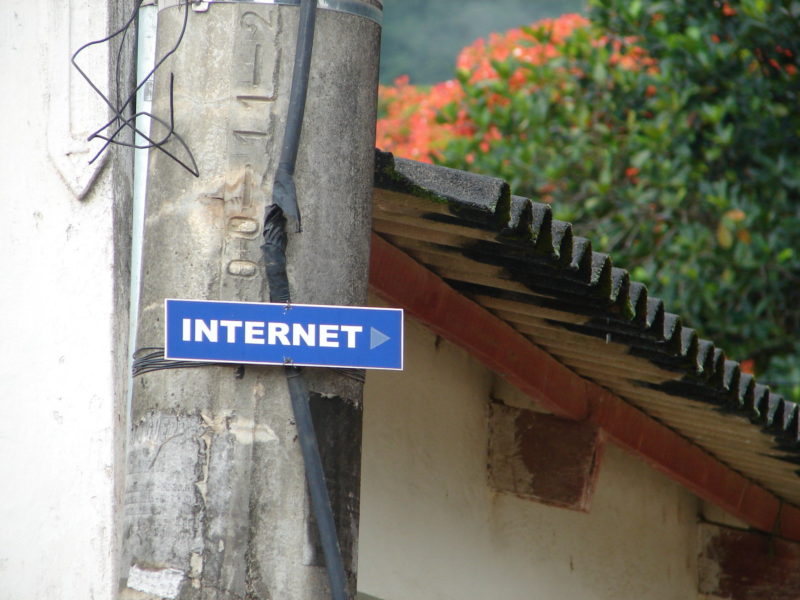