This is a copy of our newsletter dated 19 April 2021. Sign up here to receive it directly in your inbox every Monday.

Hello from Novastan! This week we’re looking at Uzbek politics, further developments in the Matraimov case in Kyrgyzstan, protected species in Kazakhstan, and more…

The Uzbek party Erk intends to field a candidate at the presidential election (ENG) this October. The opposition party was banned in the 1990s and its leader fled the country.

The former deputy head of Kyrgyzstan’s customs service Raimbek Matraimov, who was implicated in a scheme (ENG) funneling hundreds of millions of dollars out of the country, has been released from custody and his case closed (RU).

Also in Kyrgyzstan, the political analyst Marat Kazakpaev was detained on suspicion of treason (ENG) on 14 April. The details of the case are still unknown.

The Kazakh ministry of ecology has announced that the tiger, Persian leopard and Przewalski horse are now listed in Kazakhstan’s “red book” of protected species (RU). These species are subject to increased surveillance to prevent their extinction.

On 8 March, hundreds of women marched in Almaty, Kazakhstan, for International Women’s Day. In response, on 31 March, MP Bekbolat Tleuhan asked the government (ENG) to consider the march and the demands of the protestors “an attack on spiritual values”.

On 15 April, campaigners held a rally against gender-based violence in Bishkek, the capital of Kyrgyzstan. Kyrgyz media outlet Kloop reports (RU) that participants of a concurrent rally against NGOs and LGBTQ rights interfered, accusing women’s rights activists of using the recent murder of a young woman (ENG) to promote their interests.

Kyrgyzstan’s president Sadyr Japarov recommended a brew made out of a toxic root as a coronavirus cure.“A drug that has not undergone clinical trials cannot be registered and recommended for widespread use by the population,” the World Health Organization warned (ENG)

Uzbekistan is expected to receive 300,000 doses of the Russian Sputnik V vaccine by the end of April, Ozodlik, the Uzbek branch of Radio Free Europe / Radio Liberty, reports (RU). Quarantine restrictions have been tightened (RU) on 18 April due to the increase in the number of infections.

Song-Köl swing, by Simon Massicotte. Click on the picture for more information. 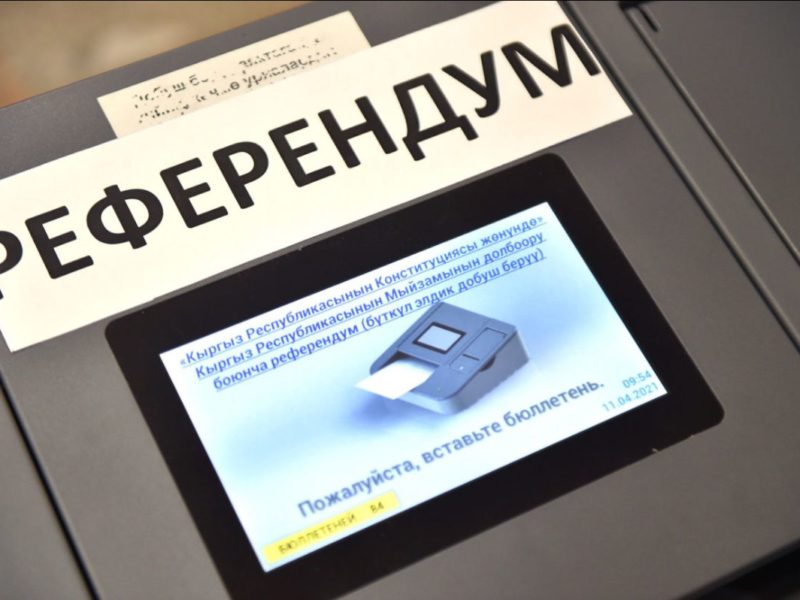